Hails from “Karavadi” village, Prakasam District, Andhra Pradesh, India. Even at very early age he chieved proficiency in Nadhaswaram, first under the tutorship of his father Shiek Kasim Saheb and later under Sheik Adam Saheb, a renowned Nadhaswaram player of Chilakaluriprta, Andhra Pradesh. Recognizing the importance and the role of “Thanjavur Baani” (style of playing) he very much wanted to get trained in this. With this in view, he was under the tutelage of M/s. Rajam and Duraikannu brothers of Nachiarkovil (Thanjavur District) for some years. His is a musician family.

He visited the countries Sri Lanka, U.S.A, Canada, Hong Kong, Russia, Germany, France, Finland, and UAE. He gave a number of lecture demonstrations on Nadhaswaram music, both in home and abroad.

He was appointed as the “State Artist” of Tamil Nadu by the Govt. of Tamil Nadu. He was a Hon. Professor in the Raja’s Government Music College of Thiruvaiyaru, Thanjavur District, and Tamil Nadu. He released a number of Audio cassettes, LPs and Cds. He collected the life history of many Nadhaswaram/Thavil (Dolu) artistes and released the book “The History of Nadhaswaram & Dolu artistes of Andhra Pradesh.

Having settled down in Srirangam in the heart of Tamil Nadu he had founded the “Saradha Nadhaswara Sangeetha Ashram” with the sole aim of imparting knowledge of music- Nadhaswaram playing in particular to younger generation. 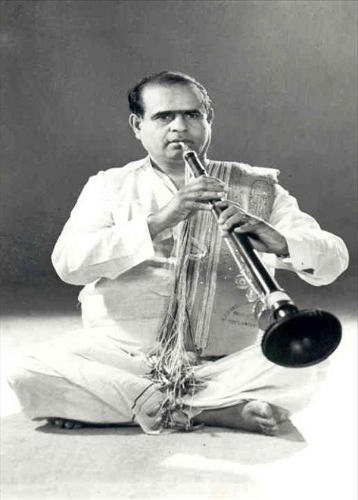